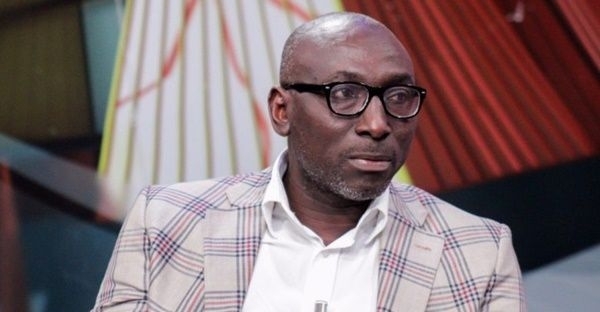 The Director of the legal team of the National Democratic Congress (NDC), Mr Abraham Amaliba, has expressed shock at the decision by the Supreme Court to dismiss a review application filed by his party on the apex court’s earlier decision concerning the voter registration exercise.

The dismissal of the case followed the failure of the NDC’s lead counsel, Mr Tsatsu Tsikata, to move the party’s application.

Mr Tsikata decided not to move the application because the party received the Electoral Commission’s response to its case while in court.

According to Mr Tsikata, he had not had the time to go through the EC’s response, hence could not speak to it.

Speaking on this development on 505 on Class91.3FM on Thursday, 30 July 2020, Mr Amaliba said: “The Supreme Court did the unthinkable today. They actually dismissed an application that was not moved. Indeed, what the issue was that the NDC was served with an affidavit in opposition 45 minutes before the start of the hearing”.

“So, our lead counsel, Tsatsu Tsikata, indicated that an affidavit from the EC was just served him right in court and he needed time to peruse it and would want to take a date for a short adjournment for to him to be able to assist the court by looking through the affidavit in opposition, but the court will not hear any of this”, Mr Amaliba said.

“Even the lower courts, if you are on your feet and a process is served, you seek the court’s leave to enable you reply matters deposed in the affidavit in opposition”, he said.

“It was, therefore, shocking that the Supreme Court insisted that the lead counsel should go ahead and move his motion when, indeed, the affidavit in opposition from the EC was just served on him while he was on his feet.”

The biggest opposition party applied for the review with regard to the apex court’s determination that a birth certificate and the old voter ID card cannot be used as breeder documents for the compilation of a new voter ID card being undertaken by the Electoral Commission.

In a statement issued by the NDC bearing the signature of its National Communication Officer Sammy Gyamfi, the party said the “Supreme Court in several cases, arrived at its conclusions without due and proper regard for existing laws, and in many cases, without the requisite supporting evidence.”

It said, “With respect to the birth certificate in particular, its relevance for public purposes such as obtaining a passport is very well-established. Indeed, it is not only in Ghana that this is the case. Throughout the world, the keeping of official records of birth and the use of the resulting birth certificate for public purposes is well established.”

“The Supreme Court’s decision that holders of existing voter ID cards cannot use same as a source of identification, is also a matter of great concern to us as a political party. It is our view, that holders of existing voter ID cards have acquired rights based on the fact that the Electoral Commission have gone through a process of identifying them, ascertaining their ages and nationality and has adjudged them to be eligible to vote.”