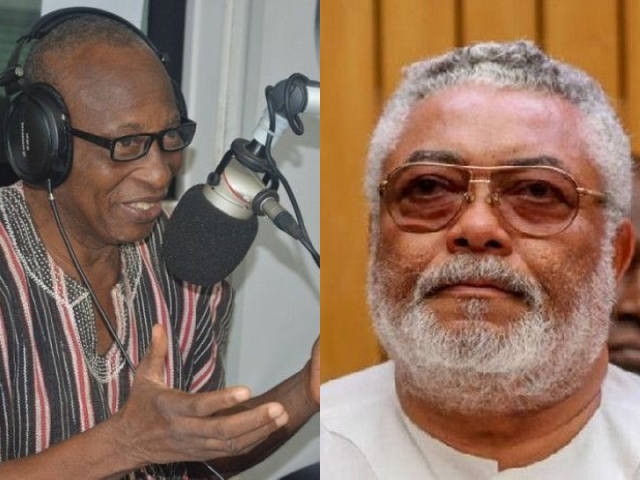 A retired army officer who is also one of the architects of the 4 June 1979 uprising in Ghana, Major Boakye-Djan (Retired) has said former President Jerry John Rawlings would have been sacked from the army had he (Boakye Gyan) not assisted him (Rawlings) to pass his promotion examination to become a Flight Lieutenant after five failed attempts.

Major Boakye-Djan said, as the chief examiner, he used his office to pass Mr Rawlings, who was his friend at the time, because he could not attain a pass mark after several attempts.

“Had it not been my intervention, he [Rawlings] would have been sacked. He was a borderline case, and, as the chief examiner, I was given the power to pass people who were on the borderline because he was close enough to pass; he failed his promotion exams five times in a row”, Major Boakye Gyan told Adakabre Frimpong Manso on Accra-based Neat FM on Monday, 9 November 2019.

Major Boakye-Djan, whose relationship with Mr Rawlings has turned sour over the years, further made damning allegations against the former President.

The retired Major said he does not know why Mr Rawlings takes delight in insulting him whenever he gets the least opportunity despite all he did for him back in their military days.

Major Boakye-Djan added that the former President will not die a natural death.

“Rawlings will not die a normal death. Quote me anywhere you want to quote me. For all the sins he has committed, including the ‘dirty’ monies he has spent and still having a restless soul, it is only God who can punish him”, he stated.

When asked to explain why he said the former military leader will not die a normal death, Major Boakye-Djan said he would not be surprised if Mr Rawlings goes mad before he dies.

Major Boakye-Djan’s outburst comes after Mr Rawlings referred to him as a liar.

Mr Rawlings, while responding to former Squadron commander, Major Ibrahim Rida (Rtd) who accused him (Rawlings) of being unhappy with his senior military officers in the lead-up to the 1979 coup because he (Rawlings) felt “oppressed” after he was asked to refund some $4,000 he had misapplied, said: “Dear Rida, you should have left these fake and brainless fabrications to the Alolgas, Adabugas and the Boakye-Djan to continue their cowardly and mercenary behaviour. The exposure time for them, is quite due”.