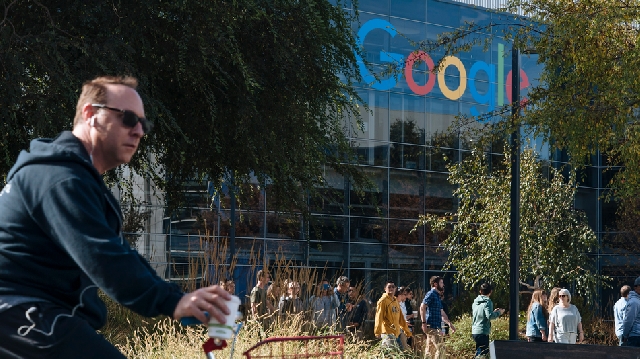 That message was sent loud and clear by a group of Google contractors in Pittsburgh who today successfully voted to unionize with the United Steelworkers. The contractors, not directly employed by the tech giant but doing work on the company's behalf, voted 49 to 24 in favor, according to CBS Pittsburgh.

The 80 employees of HCL Technologies, a self-described "next-generation global technology company" that does work on Google's behalf, alleged their direct employer applied anti-union pressure in a United Steelworkers press release.

"Over the past few months, management has implied — and in some cases outright told us — that it’s better to just be quiet than fight for what’s right," HCL worker Johanne Rokholt is quoted as saying in the release. "Today we have proved that we are not willing to do that."

The unionization vote is an important signal in an industry that has come to rely on outsourcing its work to third-party contractors. In March, the New York Times reported that Google "worked with roughly 121,000 temps and contractors." That was more than Google's number of full-time employees, which was roughly 102,000 at that time.

Tech industry contract work, which companies like Facebook rely on to moderate content among other critical roles, is often paid at lower rates than salaried work and is frequently without comparable benefits.

"We deserve more respect, dignity and democracy in our relationship with our employer," HCL worker Joshua Borden is quoted as saying in the aforementioned United Steelworkers press release. "We fought for a seat at the table, and today we won."

HCL, for its part, is now reportedly claiming to "respect the decision" of its employees.

Time will tell if the company bargains in good faith with its newly unionized employees, but either way, the ramifications of such a contractor-driven effort will be felt outside the walls of HCL. While this effort from tech contractors may be the first, it is unlikely to be the last.