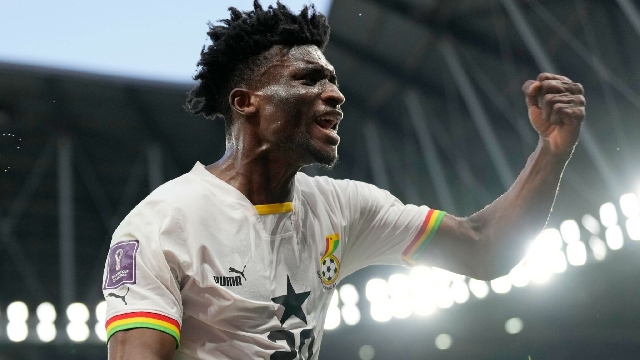 Kudus Mohammed scored a brace in the game

President Nana Addo Dankwa Akufo-Addo has congratulated the Black Stars for their 3-2 victory over South Korea in their second World Cup group match in Qatar.

The President described the victory as hard fought but deserving.

“Kudos to the Black Stars. Hard fought, but throughly well-deserved victory against South Korea. Proud of the entire team and the unalloyed support given to them by all Ghanaians. Now to the final game against Uruguay,” Nana Akufo-Addo said in a Facebook post.

Ghana won their first game in the ongoing Fifa World Cup in Qatar against South Korea in a thrilling encounter on Monday, 28 November 2022 at the Education City Stadium.

The African side were up by two goals to nil in the first half but the celebrations of the travelling fans were cut short by a South Korea comeback after the break.

Two headers in three minutes from Cho Gue-sung, top-scorer in his domestic league, levelled the game after 61 minutes.

Ajax forward Mohammed Kudus, who had headed in Jordan Ayew's cross in the first half, tapped in his second and Ghana’s third to secure victory for the West Africans.

Mohammed Salisu had opened the goal galore for Ghana with a header in the 24th minute.