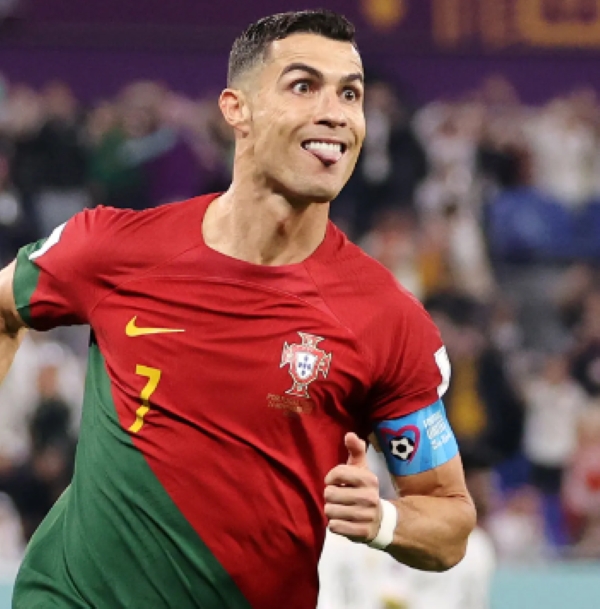 Hitherto, Ronaldo together with Pele, Uwe Seeler, Miroslav Klose and long-time professional rival Lionel Messi (he joined the group with a goal earlier this week wearing his Argentine jersey against Saudi Arabia) were a group of five players to have scored at four Mundials.

The 37-year-old distinguished himself from the group with a goal on Thursday night.

In a penalty, which has become controversial, Ronaldo landed the first goal of the tensed game in the 64th minute, achieving the feat of being the first male player to ever score in five FIFA World Cups.

Ronaldo had been challenged by Ghana's Mohammed Salisu in the 18-yard box. The former fell. Referee Ismail Elfath whistled for a foul and awarded the famed number 7 a penalty.

Earlier, Cristiano Ronaldo, alias CR7, had vigorously sent the ball into the back of the net against Ghana, half an hour into what was both sides' Qatar 2022 opener, but saw his goal spiked.

Match official Elfath ruled that Ronaldo had unfairly shoved off Alexander Djiku with his forearm, gaining undue advantage and the disallowed goal.

After redeeming himself with the aforementioned succesful penalty kick, CR7 was also named the Man of the Match, at the end of the match, sending him past Argentine talisman Lionel Messi.

This is the decorated striker's seventh FIFA World Cup Man of the Match award - the most for a player.

Again, the accolade has proven controversial as some pundits and fans have opined his mate Bruno Fernandes deserved it rather.

In the 99 minute thriller, victor's Portugal scored 3 and Ghana responded with 2.