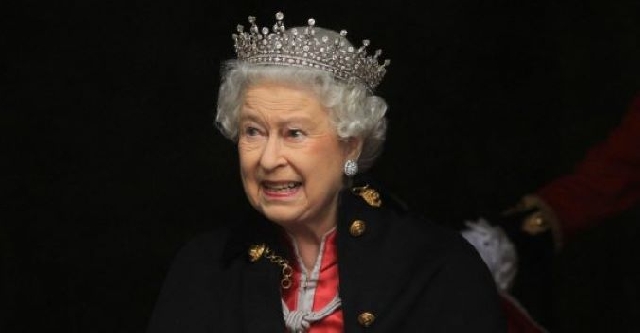 The doors of Westminster Abbey have opened ahead of the state funeral of Britain's longest-reigning monarch, Queen Elizabeth II.

King Charles III will lead a sombre procession behind his mother's coffin on the short journey from Westminster Hall to the abbey later.

The first state funeral to be held since Sir Winston Churchill's in 1965 will begin at 11:00 BST.

It marks the end of 10 days of events across the UK since the Queen's death.

As London prepares for as many as one million visitors for the historic occasion, roads and bridges are closed to traffic and an unprecedented security operation is under way.

Before the service begins, the Queen's coffin will be conveyed - in the first of three processions throughout the day - through Parliament Square, a distance of about 820ft (250m).

The Prince of Wales and the Duke of Sussex will once more walk side-by-side behind their father, the King, who will walk alongside his siblings, the Queen's four children.

Two of the Queen's great-grandchildren, Prince George, nine, and Princess Charlotte, seven, will also walk behind the Queen's coffin.

The State Gun Carriage will carry the coffin, drawn by 142 sailors. A guard of honour will stand in the square made up of all three military services, accompanied by a Royal Marines band. 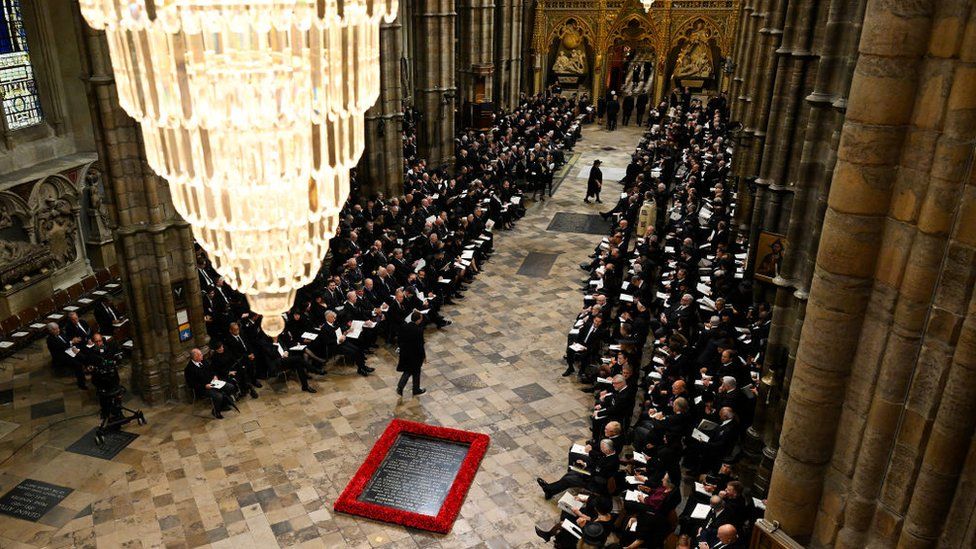 The final people to attend the Queen's lying-in-state paid their respects at Westminster Hall just after 06:30 - after four-and-a-half days and a queue which stretched as far as Southwark Park in south-east London.

Some 2,000 mourners will bid farewell to the Queen at the state funeral, including 500 dignitaries - with presidents, prime ministers and foreign royalty among the guests.

There will also be members of many European royal families, including Belgium, the Netherlands, Spain and Denmark, as well as the Emperor and Empress of Japan.

About 200 people who were recognised in the Queen's birthday honours also received invitations.

Knife crime campaigner Natalie Queiroz told BBC Breakfast she was "totally speechless" when she was asked to attend.

"I think it reflects Her Majesty because she wanted to constantly be in touch with her people and even on her final moments she's made sure that her people are here represented."

Barbara Crellin, a volunteer emergency responder, said she "just cried and cried" when she was invited and described herself as "so humbled and privileged to be here". 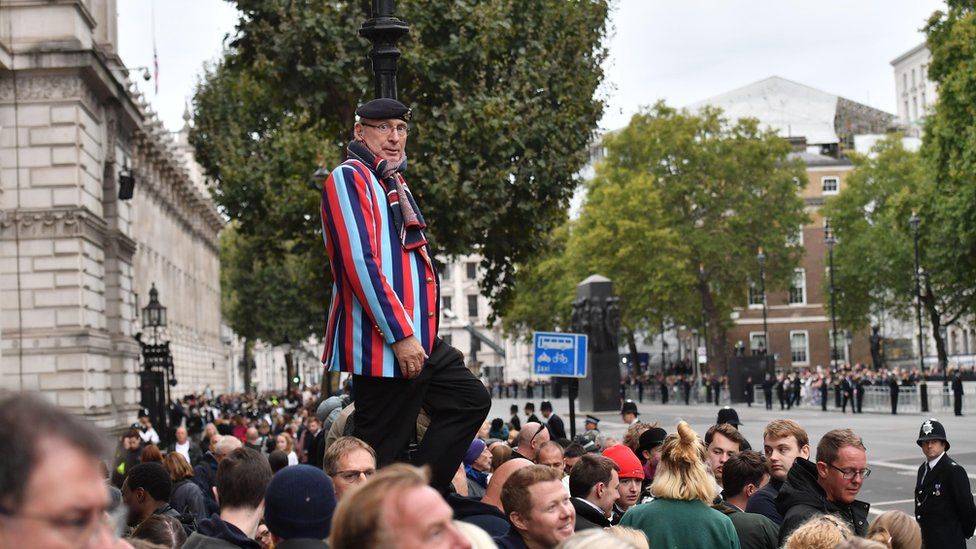 Crowds have begun to gather in the capital

Foreign dignitaries are also arriving at the Royal Hospital Chelsea, from where they will be transported on busses to Westminster Abbey.

Some 4,000 service personnel will be involved throughout the day and people have already begun to line the streets of the capital in preparation for a glimpse of the Queen's final journey.

Millions of people will be watching the funeral across the country and most workplaces are closed for a bank holiday.

The event is also expected to be watched by millions around the world, with the Queen the head of state for 14 realms throughout the Commonwealth.

For those not invited big screens have been put up in cities across the country, while some cinemas, pubs and other venues are also showing the once-in-a-generation event. 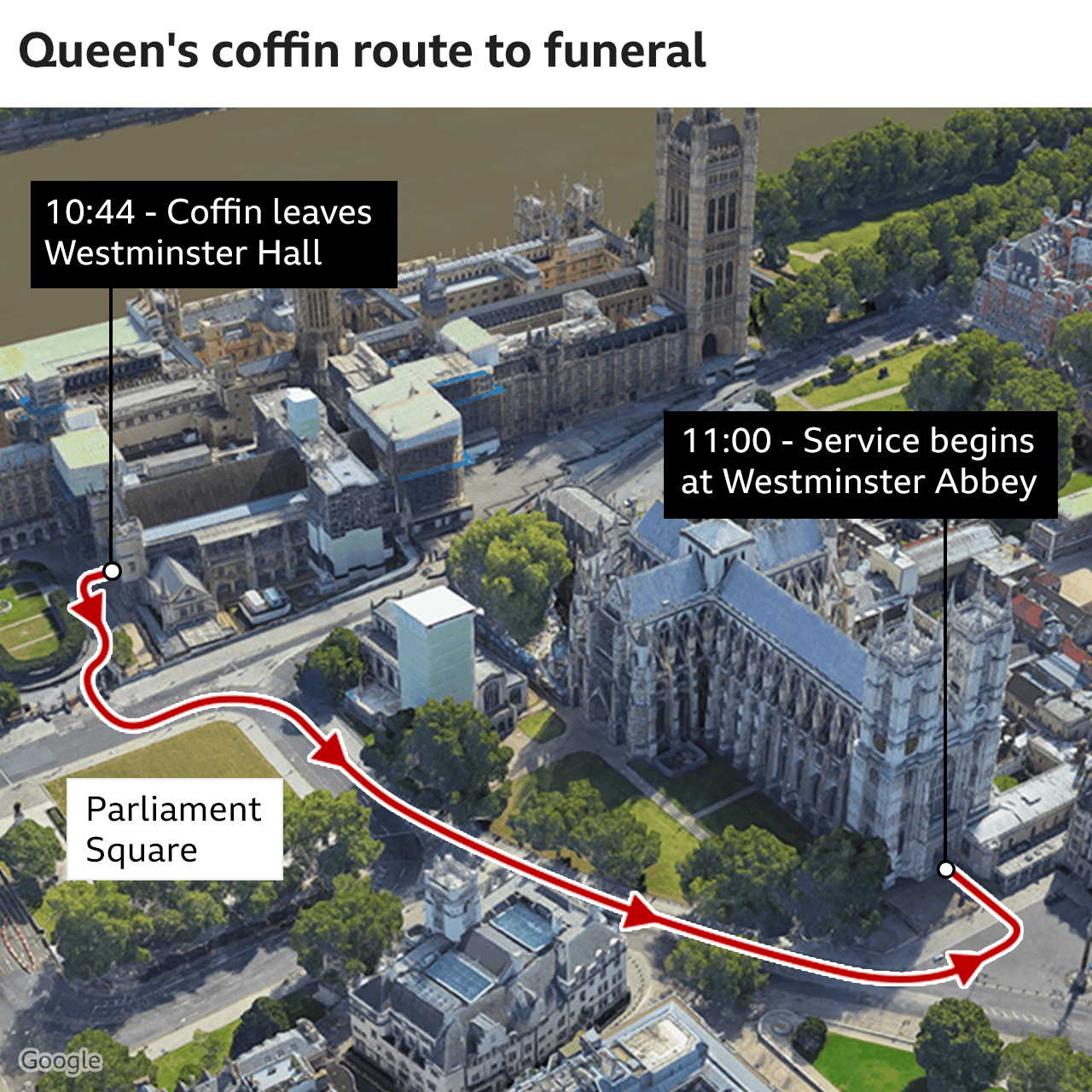 The service will be conducted by the Dean of Westminster David Hoyle, with the Archbishop of Canterbury Justin Welby giving the sermon.

The Order of Service shows a service filled with traditional church music and readings from the Bible.

Towards the end the Last Post will be played before there will be a two-minute national silence.

Following the service, the coffin will be drawn in a walking procession from the Abbey to Wellington Arch, at London's Hyde Park Corner, to the sombre toll of Big Ben. 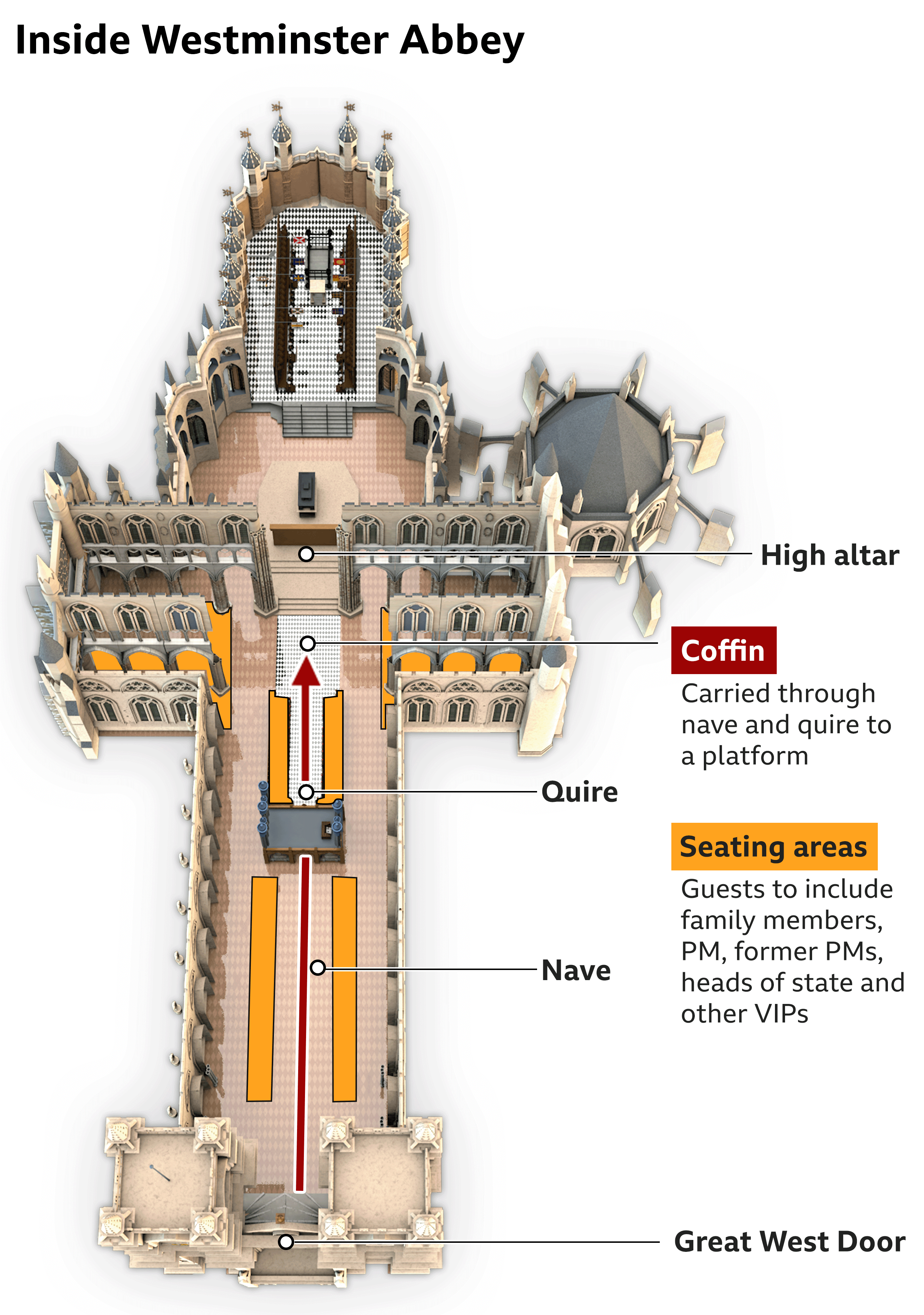 Gun salutes will also fire every minute from Hyde Park during the procession and people can watch in person from designated viewing areas along the route.

Once at Wellington Arch, at about 13:00, the coffin will be transferred to the new State Hearse for its final journey to Windsor Castle. There, the Queen's coffin will enter St George's Chapel for a committal service.

Attended by a smaller congregation of about 800 guests, the committal service will be conducted by Dean of Windsor David Conner, with a blessing from the Archbishop of Canterbury.

At a private family service later, the Queen will be buried alongside her late husband, the Duke of Edinburgh, at the King George VI memorial chapel, located inside St George's Chapel.