Queen's funeral guests: Who will - and who won't - attend 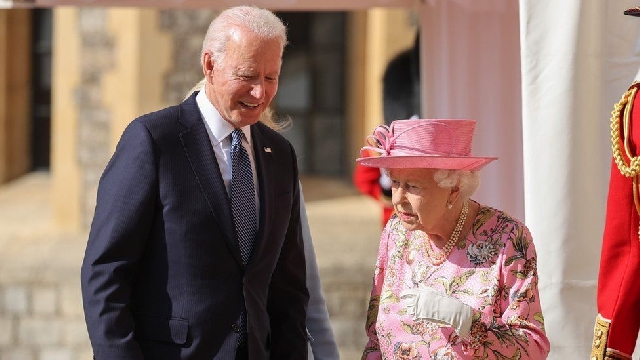 Some 500 heads of state and foreign dignitaries expected to attend.

The Queen's funeral on Monday is set to be one of the biggest gatherings of royalty and politicians hosted in the UK for decades.

Invitations went out over the weekend, with some 500 heads of state and foreign dignitaries expected to attend.

The majority of leaders have been asked to arrive on commercial flights and told they will be bussed en masse from a site in west London.

The ceremony will be held at Westminster Abbey, which has the capacity to accommodate around 2,200 people.

Here's what we know so far about who will and won't be in attendance. 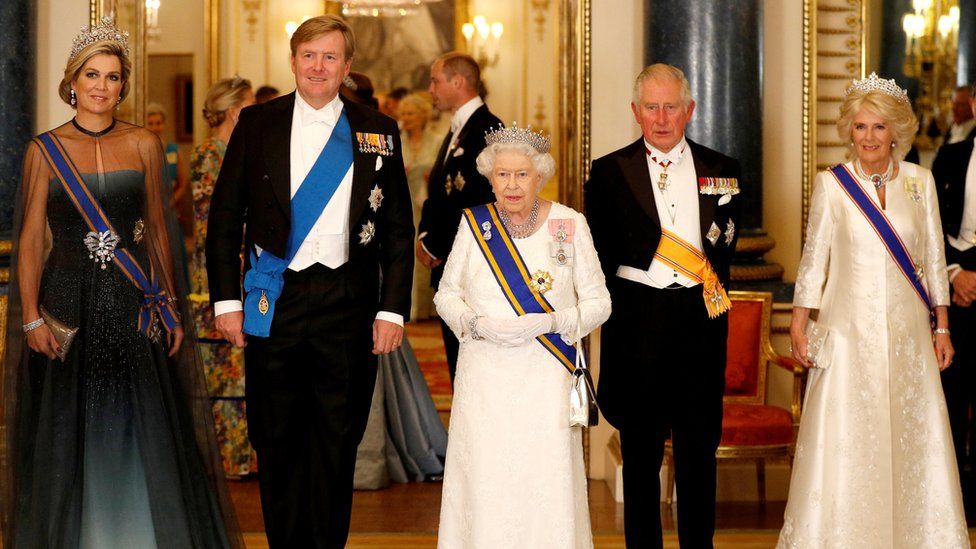 Members of royal families from across Europe, many of whom were blood relatives of the Queen, are expected.

Belgium's King Philippe and Queen Mathilde have confirmed they will be there, as have King Willem-Alexander and his wife, Queen Maxima, along with his mother, former Dutch queen Princess Beatrix.

King Felipe and Queen Letizia of Spain have also accepted an invitation, as have the royal families of Norway, Sweden, and Demark. 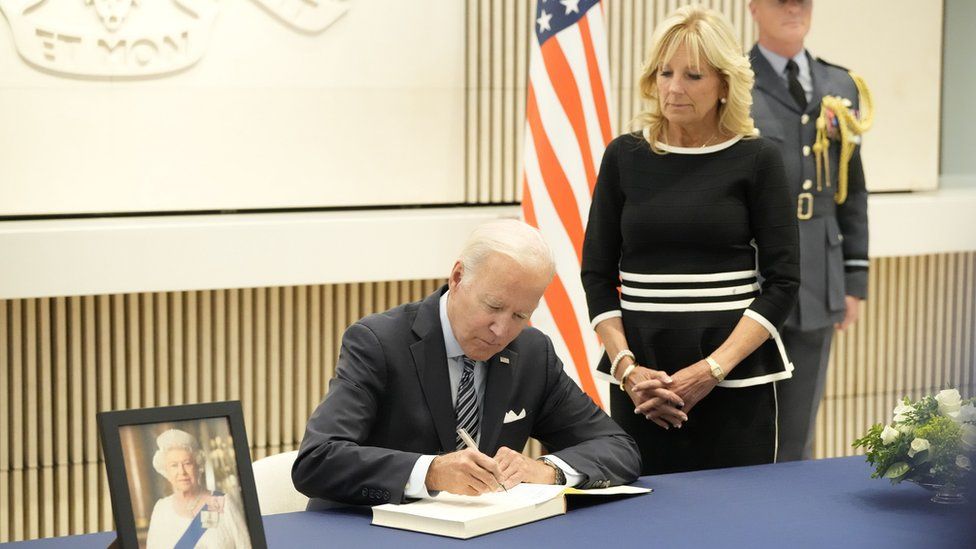 President Joe Biden, seen signing a book of condolences to the Queen, will attend along with First Lady Jill Biden

The White House has confirmed that President Joe Biden will attend along with First Lady Jill Biden, although they are understood not to be travelling by bus.

Much discussion had focused on whether President Biden would invite his predecessor, Donald Trump, to form part of the US delegation, but the limits to the delegation sizes mean former presidents will not necessarily be able to attend.

There has been speculation that some former presidents and first ladies - particularly the Obamas - might receive private invites.

Jimmy Carter, who served as president from 1977 to 1981, has not received an invitation, his office told Politico. 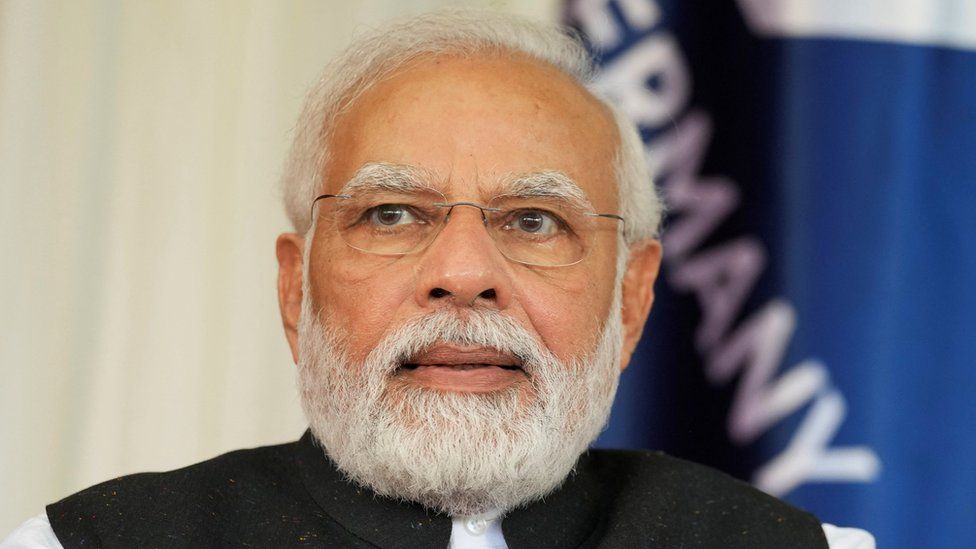 Leaders from across the Commonwealth, of which the Queen served as head for the entirety of her reign, are expected to attend.

A number of governors-general who serve as the representative of the monarch in a Commonwealth realm are expected to attend with their countries' leaders.

Long-serving Bangladeshi Prime Minister Sheikh Hasina and Sri Lankan President Ranil Wickremesinghe have also reportedly accepted invitations. Indian Prime Minister Narendra Modi is yet to confirm whether he will be there. 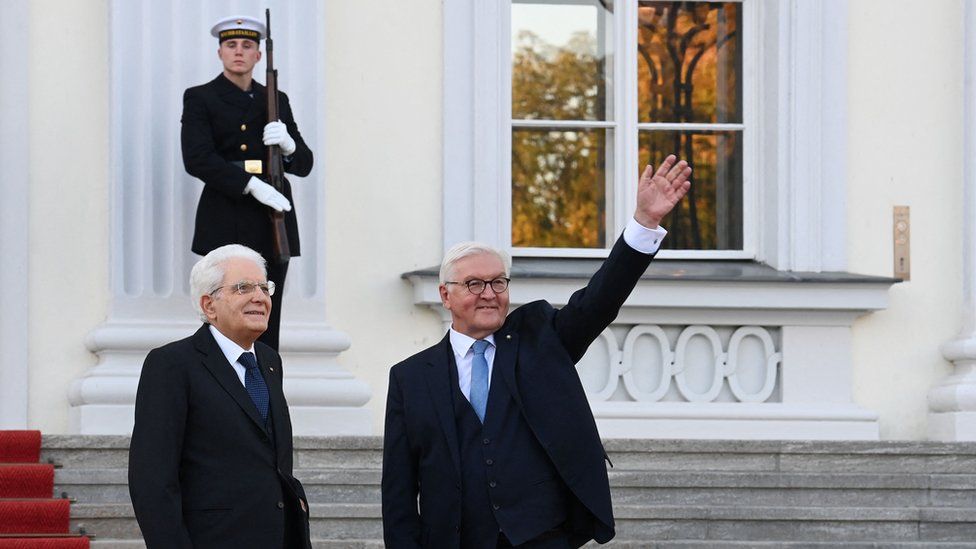 It is not known whether Chinese President Xi Jinping, whose visits to Kazakhstan and Uzbekistan this week will mark the first time he has left China since the start of the Covid-19 pandemic, will receive an invite or would accept it.

The Islamic Republic of Iran, long the subject of international sanctions over its nuclear programme, will be represented only at the ambassadorial level, Whitehall sources said. 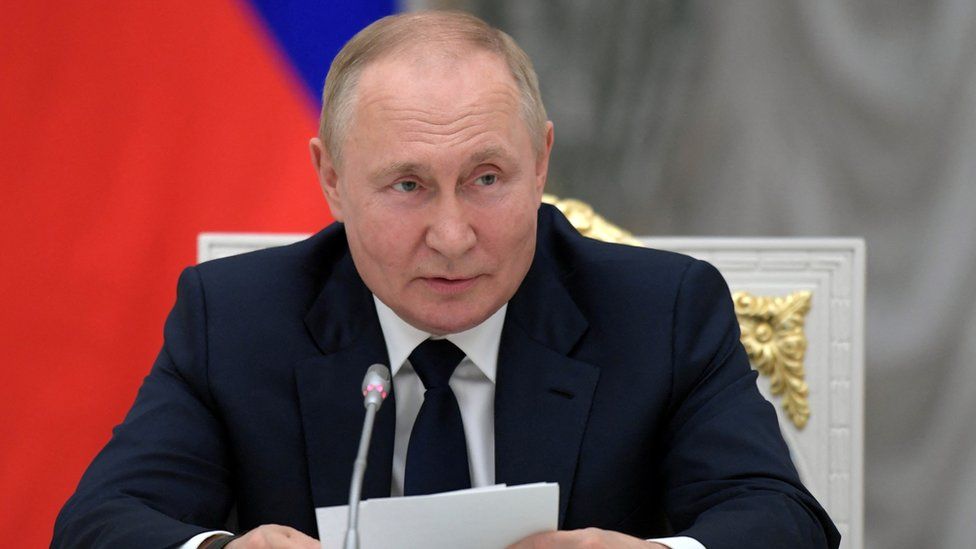 No representatives from Russia, Belarus, or Myanmar have been invited, says the BBC's James Landale.

Diplomatic relations between the UK and Russia have all but collapsed since Russia's invasion of Ukraine, and a spokesperson for Russian President Vladimir Putin said last week he was "not considering" attending the funeral.

The invasion was launched partially from the territory of Belarus, whose president, Aleksandr Lukashenko, is a close ally of President Putin's.

The UK has also significantly scaled back its diplomatic presence in Myanmar since a military coup in the country in February 2021.