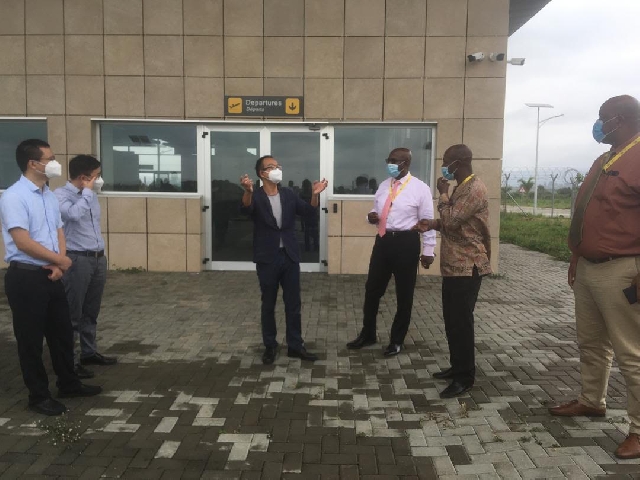 The Chief Safety Officer of Africa World Airline (AWA), Captain Kwesi Oteng, has said the Ho airport has met all the safety standards for its operationalisation, hence, the company is considering operations at the airport in the near future.

“I have inspected the infrastructure, the security features, air traffic control tower and I’ve also just carried out a runway inspection and I’m very impressed with everything done so far.

He mentioned that AWA would have been operating at the facility long ago if the government had officially announced the readiness of the place.

“The reason we are not flying here at the moment is very simple: since the completion of the airport, the company has not been officially informed that it’s commercially available for operation”.

The Captain made this known after a delegation from AWA carried out a feasibility tour at the airport on Thursday, 17 September 2020 in Ho.

He noted that the management of the company will, in the next seven days, issue a communiqué as to when AWA will start operating at the facility.

Mr Oteng emphasised the social and economic benefits that the US$25-million facility has for the people of Ho and its environs.

“I think there is potential, there is a lot of potential; it is certainly going to improve connectivity and productivity here because there is no direct link at the moment, I think there’s been a bit of restriction on what people can do, the services they can access and basically business in general”, he said.

Captain Evaristus Cincin Dagbe of the Ghana Airport Company Limited, made it known during the visit that the facility is under security protection by the 66 Artillery Regiment including the private security of the airport.

He revealed that all the departments are fully furnished and ready to start business hence, AWA should not hesitate in flying the route.

The delegation paid a courtesy call on the Paramount Chief of the Asogli Traditional area, Togbe Afede XIV, who is also the President of the National House of Chiefs and donated a cheque for GHS20,000 to the Asogli Educational Fund.

Togbe Afede, who doubles as a co-founder of Africa World Airlines, was enthusiastic about the decision taken by the management.