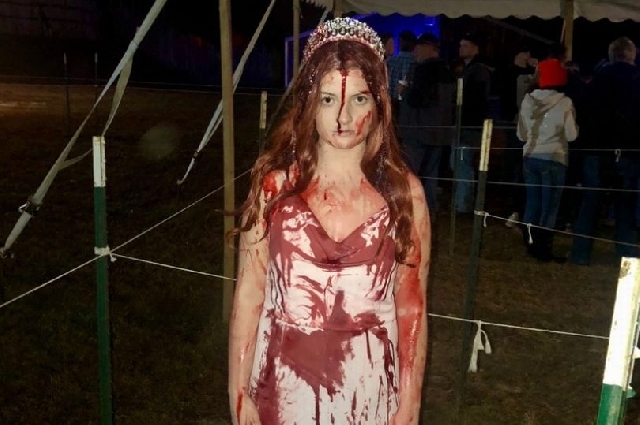 Medics and police were sent into a frenzy when they found the driver of a wrecked car drenched in blood and appearing to be bleeding profusely from a head wound.

Student Sidney Wolfe had crashed when a deer ran out in front of her car and caused real concern with the gruesome extent of her injuries when emergency services responded to the scene. 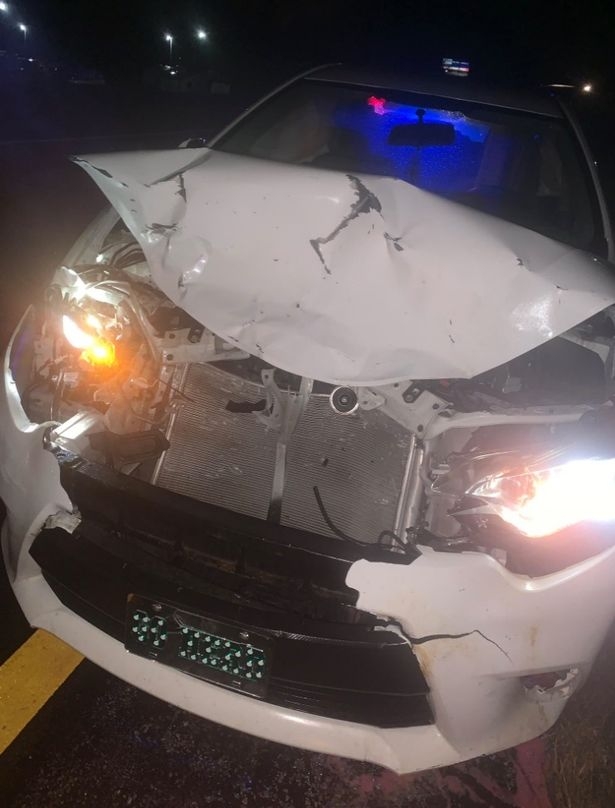 Fortunately for Sidney she escaped with only a small bruise on her leg - unfortunately for everyone else, she had been travelling home from a promo event at a haunted house and was dressed as iconic horror character Carrie, complete with fake blood and gory injuries.

In a thread on Twitter she wrote: "If anyone wants to know how my weekend went I totaled my car while dressed up as Carrie and everyone who was a first responder thought I was dead HAHAHAHA IM SO SORRY.

"Everyone is asking for the back story so here it goes. I was promoting Carrie the Musical at a haunted house.

"At the end of the night, I was too tired to shower and remove my makeup so when I wrecked the first responders saw my blood and freaked.

"Waiting for my parents to come pick me up from the scene, two more policemen showed up. By this time, I was out of the vehicle and making conversation with the people.

"The new officer says 'I hate to interrupt but don’t you guys think she needs medical assistance'."

In the brilliant post, which has had more than 68,000 retweets and 370,000 likes, she added that she had risked her life to promote Carrie the Muscial and hoped she had made its author Stephen King proud.