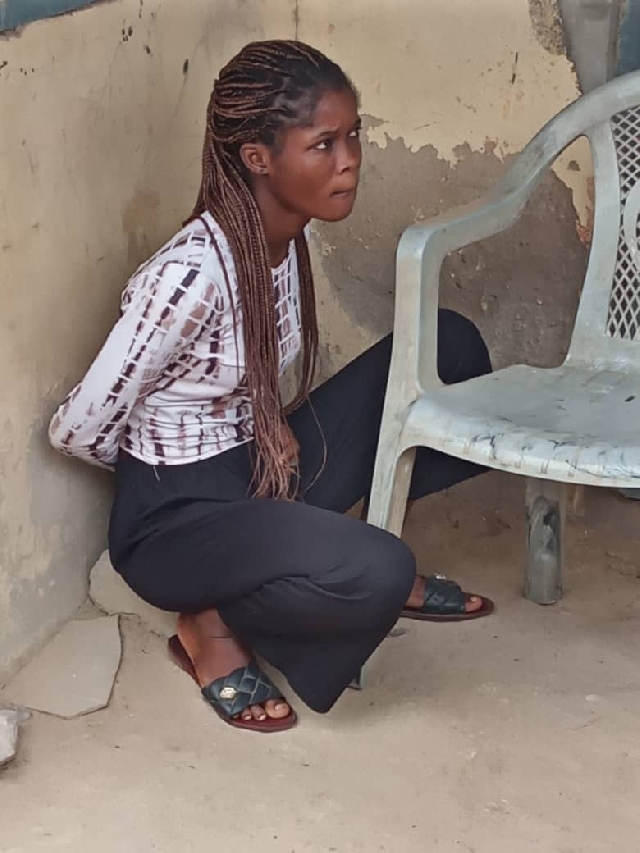 Sandra, the 19-year-old stepmun who brutalizes her deaf and dump son to dath

A 19-year-old stepmother has been arrested and remanded in police custody by the Sowutuom police in the Greater Accra Region for allegedly subjecting her 4-year-old hearing- and speech-impaired son to severe beatings leading to his death at Santa Maria, a suburb in Accra.

The boy, whose name was given as Belington Hutchful, was allegedly subjected to maltreatment and torture by his stepmother only named Sandra.

According to the landlady, Emelia Dodson, who reported the issue to the Sowutuom police, the severely-beaten boy was dragged on the floor by the stepmother before his death.

She told Accra 100.5 FM's mid-day news on Friday, August 26, 2022, that in the past, all attempts to rescue the boy by the neighbours resulted in a quarrel with the stepmother.

The landlady said all this happened without her notice until one day she witnessed the maltreatment of the boy herself.

She explained that she was compelled to lodge a complaint against the stepmother at the police station after witnessing how mercilessly the boy was treated.

She said a team was dispatched to the scene to arrest the stepmother.

Also, the victim, who was seriously hurt as a result of the torture, was sent to the Ridge Hospital in Accra for treatment, where the doctor and police discovered several fresh bruises as well as scars on his body, including his genitals.

Some of the co-tenants who also spoke with Accra 100.5FM narrated how the stepmother had been consistently subjecting the boy to both verbal and physical abuse for no known reason.

For his part, Alhaji Yusif Daku, the Santa Maria Zongo chief, who prevailed on the landlady to report the matter immediately to the police, took the opportunity to charge all residents, tenants and landlords to report such abusive acts to the police to protect lives.