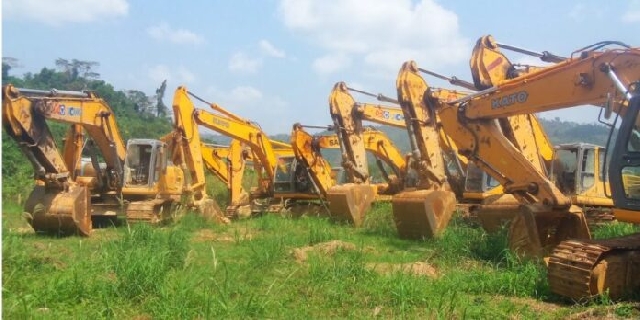 The Criminal Investigations Department (CID) of the Ghana Police Service has invited the Agona West constituency chairman of the New Patriotic Party (NPP), Kojo Addo, for questioning over the missing 500 excavators seized in the clampdown of illegal mining also known as galamsey in the country.

The invitation follows the arrest of the suspended First Vice Chairman of the NPP in the Central Region Mr Horace Ewusi over the same issue.

Mr Ewusi's arrest was triggered by a request from the Minister of Environment, Science, Technology & Innovation, Prof. Kwabena Frimpong-Boateng, to the Director-General, CID Headquarters, Accra, to commence investigations into the missing excavators and some other equipment.

“Mr. Ekow Ewusi was contracted to cart excavators and other vehicles and pieces of equipment seized by Operation Vanguard to designated areas for safekeeping. We have received information that he sent an unknown number of equipment to unauthorised locations, including one in Tema. This was confirmed by the caretaker of the depot in Tema. Information reaching me indicates that he has sold an unknown number of the pieces of equipment, including excavators. I wish to appeal to the Police Authorities to investigate the matter”, the letter dated 3 February 2020 said.