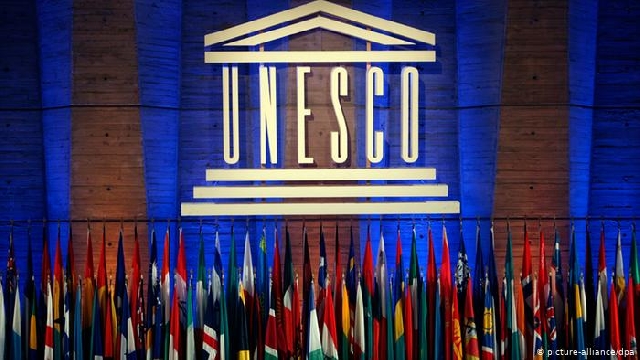 Fewer than 10% of countries have laws that help ensure full inclusion in education, according to UNESCO’s 2020 Global Education Monitoring Report: Inclusion and education – All means all.

The report provides an in-depth analysis of key factors for exclusion of learners in education systems worldwide including background, identity and ability (i.e. gender, age, location, poverty, disability, ethnicity, indigeneity, language, religion, migration or displacement status, sexual orientation or gender identity expression, incarceration, beliefs and attitudes). It identifies an exacerbation of exclusion during the COVID-19 pandemic and estimates that about 40% of low- and lower-middle-income countries have not supported disadvantaged learners during temporary school shutdown.

The 2020 Global Education Monitoring (GEM) Report urges countries to focus on those left behind as schools reopen so as to foster more resilient and equal societies.

“To rise to the challenges of our time, a move towards more inclusive education is imperative”, said the Director-General of UNESCO, Audrey Azoulay. “Rethinking the future of education is all the more important following the Covid-19 pandemic, which further widened and put a spotlight on inequalities. Failure to act will hinder the progress of societies.”

Persistence of exclusion: This year’s Report is the fourth annual UNESCO GEM Report to monitor progress across 209 countries in achieving the education targets adopted by UN Member States in the 2030 Agenda for Sustainable Development. It notes that 258 million children and youth were entirely excluded from education, with poverty as the main obstacle to access. In low- and middle-income countries, adolescents from the richest 20% of all households were three times as likely to complete lower secondary school as were as those from the poorest homes. Among those who did complete lower secondary education, students from the richest households were twice as likely to have basic reading and mathematics skills as those from the poorest households. Despite the proclaimed target of universal upper secondary completion by 2030, hardly any poor rural young women complete secondary school in at least 20 countries, most of them in sub-Saharan Africa.

Also, according to the report, 10-year-old students in middle- and high-income countries who were taught in a language other than their mother tongue, typically scored 34% below native speakers in reading tests. In ten low- and middle-income countries, children with disabilities were found to be 19% less likely to achieve minimum proficiency in reading than those without disabilities. In the United States, for example, LGBTI students were almost three times more likely to say that they had stayed home from school because of feeling unsafe.

Inequitable foundations: Alongside today’s publication, UNESCO GEM Report team launched a new website, PEER, with information on laws and policies concerning inclusion in education for every country in the world. PEER shows that many countries still practice education segregation, which reinforces stereotyping, discrimination and alienation. Laws in a quarter of all countries require children with disabilities to be educated in separate settings, rising to over 40% in Latin America and the Caribbean, as well as in Asia.

Blatant exclusion: Two countries in Africa still ban pregnant girls from school, 117 allowed child marriages, while 20 had yet to ratify the Convention 138 of the International Labour Organization which bans child labour. In several central and eastern European countries, Roma children were segregated in mainstream schools. In Asia, displaced people, such as the Rohingya were taught in parallel education systems. In OECD countries, more than two-thirds of students from immigrant backgrounds attended schools where they made up at least 50% of the student population, which reduced their chance of academic success.

“Covid-19 has given us a real opportunity to think afresh about our education systems,” said Manos Antoninis, Director of the Global Education Monitoring Report. “But moving to a world that values and welcomes diversity won’t happen overnight. There is an obvious tension between teaching all children under the same roof and creating an environment where students learn best. But, COVID-19 has showed us that there is scope to do things differently, if we put our minds to it.”

Parents’ discriminatory beliefs were found to form one barrier to inclusion: Some 15% of parents in Germany and 59% in Hong Kong, China, feared that children with disabilities disturbed others’ learning. Parents with vulnerable children also wished to send them to schools that ensure their well-being and respond to their needs. In Queensland, Australia, 37% of students in special schools had moved away from mainstream establishments.

The Report shows that education systems often fail to take learners’ special needs into account. Just 41 countries worldwide officially recognized sign language and, globally, schools were more eager to get internet access than to cater for learners with disabilities. Some 335 million girls attended schools that did not provide them with the water, sanitation and hygiene services they required to continue attending class during menstruation.

Alienating learners: When learners are inadequately represented in curricula and textbooks they can feel alienated. Girls and women only made up 44% of references in secondary school English-language textbooks in Malaysia and Indonesia, 37% in Bangladesh and 24% in the province of Punjab in Pakistan. The curricula of 23 out of 49 European countries do not address issues of sexual orientation, gender identity or expression.

Teachers need and want training on inclusion, which fewer than 1 in 10 primary school teachers in ten Francophone countries in sub-Saharan Africa said they had received. A quarter of teachers across 48 countries reported they wanted more training on teaching students with special needs.

Chronic lack of quality data on those left behind. Almost half of low- and middle-income countries do not collect enough education data about children with disabilities. Household surveys are key for breaking education data down by individual characteristics. But 41% of countries – home to 13% of the world’s population – did not conduct surveys or make available data from such surveys. Figures on learning are mostly taken from school, failing to take into account those not attending.

“Inadequate data means we are missing a huge part of the picture,” says Antoninis. “It is no wonder the inequalities suddenly exposed during COVID-19 took us by surprise.”