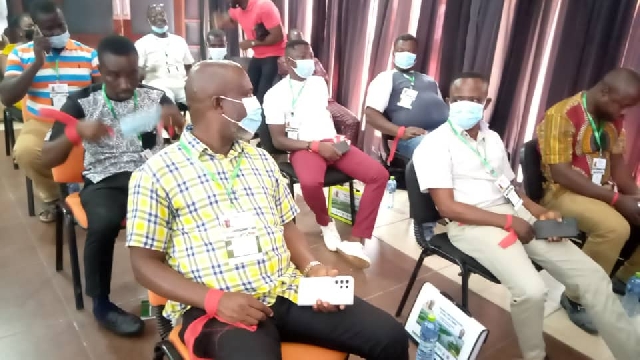 The Ashanti Regional Secretary to the association, Mr Michael Adu Gyamfi, told Class News’ regional correspondent Elisha Adarkwah that their protest is against the burning of their mining equipment by the Operation Halt 2 team mandated to fight illegal mining activities.

He also indicated that some of their members have a genuine licence to work but are not being allowed to.

The participants include organised small-scale mining companies and associations, mining companies, political parties, MMDCEs in the Bono East, Bono and Ahafo regions, traditional authorities, the Member of Parliament and regional ministers in the four regions.

The first National Consultative Dialogue on Small-Scale Mining was held from 14th to 15th April 2021 at the Accra International Conference Centre, pursuant to the vision of President Nana Addo Dankwa Akufo-Addo to organise a national discourse to solicit diverse views so as to develop appropriate policy options for the small-scale mining subsector.