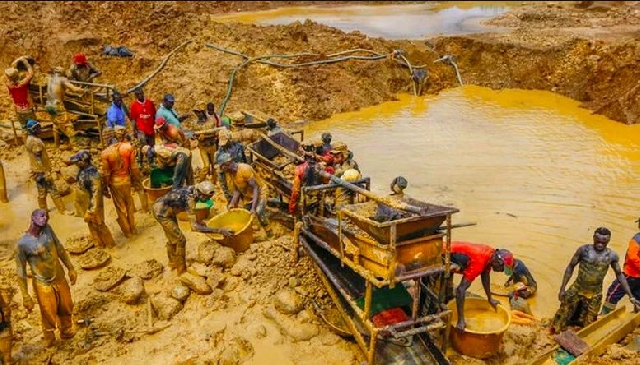 Pressure group OccupyGhana (OG) has said the increasing scourge in galamsey is as a result of the government’s inability, total unpreparedness and or blatant unwillingness to enforce the law.

The group said it is befuddled and dumbstruck at the government’s absolute impotence in the face of the brazen destruction of the country’s lands and wanton poisoning of water bodies.

According to the group, every law and every government agency required to regulate the mining industry exists.

In an open letter to President Nana Addo Dankwa Akufo-Addo on the galamsey menace, OG emphasised that every district, municipality and metropolis in which galamsey takes place has a fully-paid Chief Executive supported by an Authority and Assembly. There are also chiefs in all of those towns and villages where the plunder happens.

These people, OG say, cannot feign ignorance and pretend to be innocent in this matter.

“What is going on defies reason and only gives support and credence to the popular rumour or belief that the very persons who should be fighting this crime are rather those involved in and benefitting from it,” the letter said.

For their part, OG noted that they will remind the President every Monday of his promise to fight galamsey until they see a firm action to stamp this crime out.

They have also threatened to go to court to compel the government to sit up and do its job. 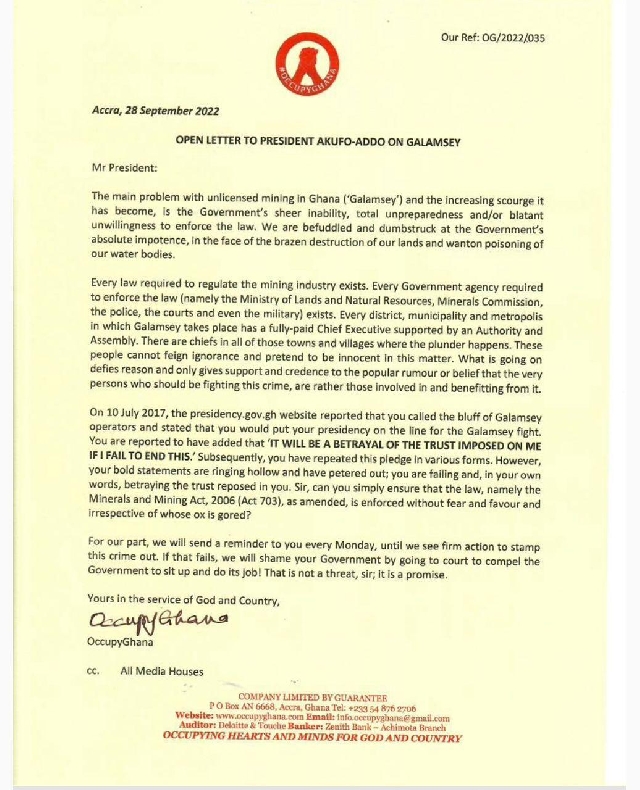