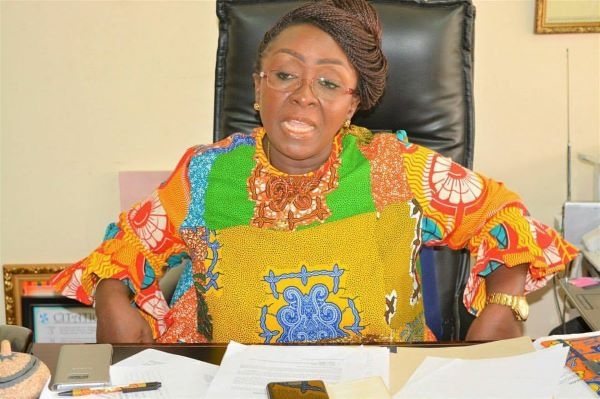 The MP for Ketu South in the Volta Region, Abla Dzifa Gomashie has called for urgent steps to be taken to avoid recording more tragedies in the area

The Member of Parliament (MP) for Ketu South in the Volta Region, Abla Dzifa Gomashie has called for urgent steps to be taken to avoid recording more tragedies in the area.

This follows the recent drowning of a family, in a dyke on the Keta Lagoon in Laklevikope, in the Ketu South Municipality, allegedly belonging to Seven Seas Salt Ltd.

The dyke is reported to have killed dozens of people.

The recent being a mother, her two children and one other child.

The family, comprising, father, mother and the three kids, are reported to have gone fishing in the lagoon, Saturday, 17 September 2022.

However, the father of the children, Atitso Amewu, managed to swim to safety.

In a message of condolence to the people of Ketu South posted on Facebook, the MP expressed her deepest condolences to the bereaved family and the entire community.

She noted that: “While I commiserate with the affected communities, I also want to urge the Ministry in charge, the Minerals Commission, and the Municipal Assembly to take the extremely urgent steps necessary to avert any more tragic deaths.”

She continued that: “Indeed, I demand a full-scale Police investigation into the present case and the publication of the report, as well as the full disclosure of the efforts to ensure the lives and property of the people are protected.”

The MP stressed that: “We are a peaceful and law-abiding people and will support the state in the discharge of their duty but we will not sit aloof whilst foreign entities imperil the lives of our people.”

Meanwhile the residents have hinted at a planned demonstration themed: ‘Mie Kukum’ translated as ‘We are dying’ on Tuesday, 27 September 2022.

The demonstrators will converge at Akame and the Denu Lorry station, where the demonstration will begin and end at the Ketu South Municipal Assembly.