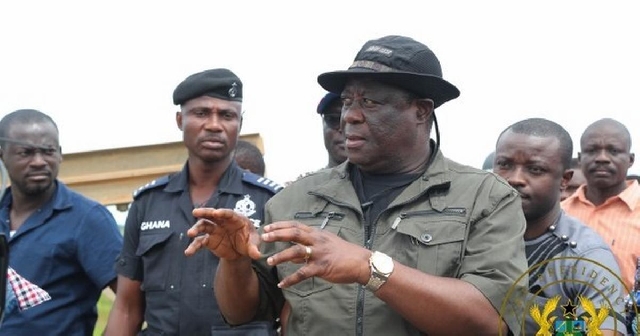 The Minister of Roads and Highways, Mr Kwasi Amoako-Attah, has announced plans by the government to dualise major highways across the country.

According to him, the country has to move from single-carriage roads.

Mr Amoako-Attah made the remarks when he was inspecting ongoing works on the Tarkwa-Agona Nkwanta road, as part of his tour of the Western Region.

He told the Ministry of Roads and Highways engineers to take note of the government's plans to ensure that anytime a contract is awarded for highways projects, it is dualised.

“Government direction, government policy is to try as much as possible to dualise all highways", he noted, adding: "We are getting too late on these things. Single-carriageways, where vehicles cross each other, is old, a thing of the past".

"The whole world has moved from that...We’ve recorded many fatalities because vehicles collide", he stated.

He noted that there should be decent places on the highways so that when people are travelling and are tired, they can stop for a rest or to ease themselves, just as there are in Europe and elsewhere.

The minister stressed that he was misconstrued by some Ghanaians when he earlier hinted at that following the stoppage of tollbooth levies.

“This is what I was talking about and some people who didn't understand me made a mockery of me that I have said tollbooths would be turned into toilets."

Mr Amoako-Attah noted that the government can privatise the use of the washrooms when they have made provisions for them on the highways.

The civil engineer for Gabriel Coutou Rango Consortium, Mr Peter Quarshie, in an interview, explained that the contract was approved in July 2022 to commence work after the sod-cutting on 1 September 2021 by President Akufo-Addo.

He said they started work two months ago and out of the 30-kilometre drain works, they have done 1.5 kilometres as well as 10 kilometres of widening works and completed 80 per cent of the clearing works on the road.